The desire for the Nocatee Lifestyle continues to grow, and the demand for new homes is at an all-time high. With new amenities  that opened this summer and the addition of two health campuses and many new retailers in Town Center, there's no question why Newsweek named Nocatee the #1 Place to Live in Florida. But while this is an exciting time, it has also has been frustrating for many who are ready to buy but have limited choices as the “shelves are being restocked” by The PARC Group, Nocatee’s Master Developer.

Given this extraordinary demand, PARC has provided a preview into the new neighborhoods that are being planned to open through the end of next year. But before we unveil the future,  the following is an update of Nocatee neighborhoods that have recently been announced or where homes are actively being sold.


The PARC Group is actively designing several neighborhoods that are expected to open in late 2022. 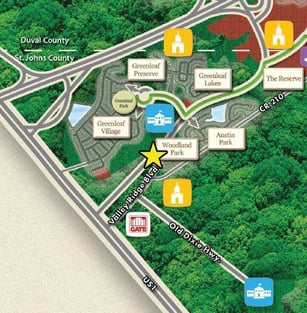 
Palmetto Cove will be an intimate neighborhood located on the northeast corner of Crosswater Parkway and Nocatee Landing Trail. This new neighborhood will feature 61 homesites with homes between 2,850 and 4,200 square feet. New homes by Dostie Homes and Toll Brothers will start in the $800's. Builders are NOW SELLING.

Seabrook will be a new Nocatee community located off an extension of Conservation Trail to the west of Pioneer Village, with three neighborhoods scheduled to open in 2022 and early 2023:

Please stay tuned for more information which will be released as it becomes available. For general information on the Nocatee community, neighborhoods, and amenities, call the Nocatee Welcome Center at (904) 924-6863.